Many thanks to Dell CS team for their hard work on November 17. They completed the 18 boxes we had for them. Pictured are, front row: Kristi Cooper, Betty Harris, Harmonie Sullivan, and Sabra Luton. Back row are Bill Kelly, Raymond Duran, Randy Maynard, and Richard Cooper.

Thanks to the six volunteers from Dell IMO who prepared 20 boxes of books on November 3. Pictured, left to right, are Jo Scribner, Chris Kleiman, Victoria Reichman, Kristen Dolbeare, Mike Palmer, and Scott Hayter.

Thanks to the volunteers from Dell GDO Marketing who completed 11 boxes on October 20. Many thanks to Carl, Rebecca, Sofia, Felicia, Andre, and Scott for all their help.

Thanks to Dell volunteers from the Americas GPP group who prepared books on October 6. Led Shyrla Zapata, thet returned for another very productive afternoon,  completing all 21 boxes we had ready for processing. We are so thankful for the continued support from this group.

Thanks to Dell volunteers who prepared books on September 22. They are, from left to right, Kristen O’Neal, Lana Acola, and Rocco Pape. 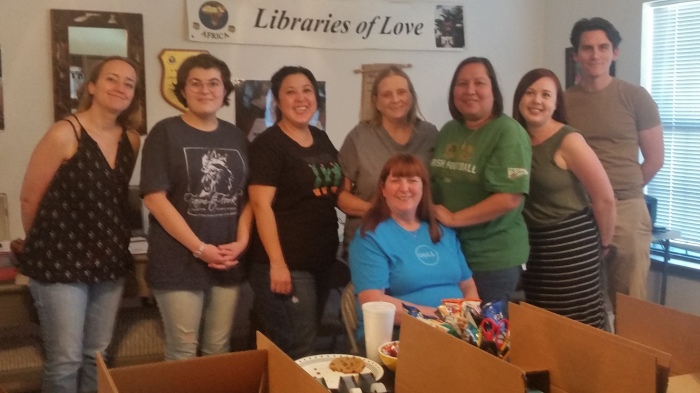 We had another hard working group of volunteers from Dell this afternoon (September 8). Led by Shyrla Zapata, they completed 27 boxes. Pictured left to right are Wendy, Natasha, Patricia, Kathy, Amanda, Natalie, Zack , Shyrla (seated) and Analicia (not pictured). Thanks to all for a very productive afternoon! 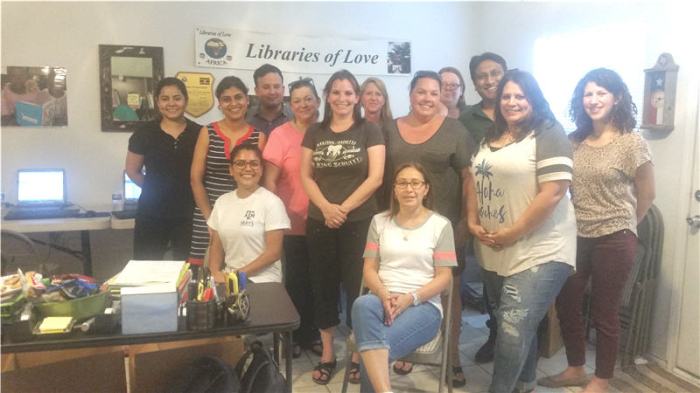 Thanks to the volunteers from Dell Global Eval who prepared books on June 16. They were a hard working group who finished all 23 boxes that we had. Our thanks to Harleen, Meenu, Rhett, Ginger, Diana C, Katie, Stephanie, Brynna, Rohit, Hannah, Carmen, Tripti, and Diana G. 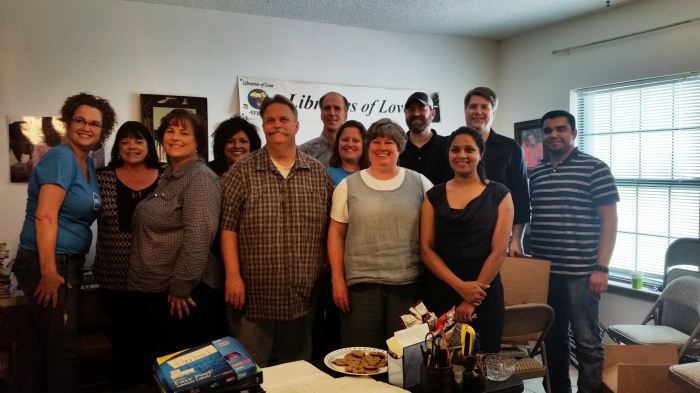 A large group of 12 Dell volunteers prepared books on April 21. They completed 19 boxes, all that we had ready to process. Many thanks to Rebecca Sanchez for organizing the group from Cloud Client Services + Solutions with Steve Lalla SVP+GM

On Friday, April 7, we had our first Dell group processing books for the 2018 shipment.  The volunteers were from Dell’s EUC Configuration  Services, and they completed 14 boxes. Pictured, left to right, are Anna Swanson, Raymond Duran, Olanda Sharp-Buckley, Bill Kelly, Amy Jackson, and Randy Maynard.

The Global Evaluation Programs Team volunteered on February 16. They finished all 15 boxes that we had which satisfied our goal for 2017! Shipping will occur in March. Pictured left to right are Ginger Garner, Stephanie Regas, Brynna Vogel, Diana Garcia, Katie Bennett, Jackie Vallejo, Rhett O’Hara, and Diana Clukey.

America’s GPP group from Dell (10 volunteers) finished 15 boxes on January 27, getting us so close to this year’s goal for 7 libraries in Kenya. Many thanks to this group led by Shyrla Zapata. They are faithful Libraries of Love volunteers. 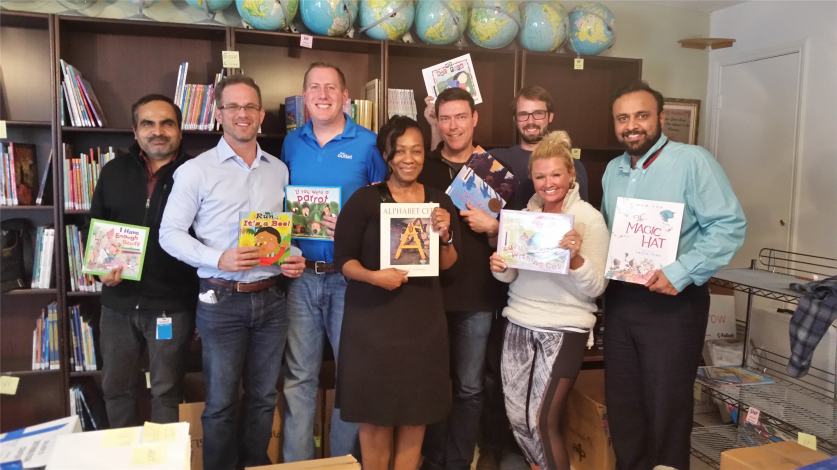 A group led by Felicia White from Global Dell Outlet processed 15 boxes on January 20. We are getting close to making our goal for 2017’s libraries in Kenya.